Filling in the education gap

The debate regarding decentralisation in Nepal has been ongoing for over a decade now—especially in regards to the education sector, with parents completely deserting public schools in favour of private ones. A decentralised development approach in education policies and its management has also been emphasised in many academic and high-level policy debates. And with the advent of social media, students outside the Capital have come to the bitter realisation that the gap between schools here and outside is far wider than they imagined. And the gap isn’t just limited to the quality of education they have been receiving in their schools: there is an apparent utter lack of activities they can pursue outside the school curriculum, say students.

Many students who come to Kathmandu to pursue further studies after completing high school in their hometowns are often found taken aback by the things they have missed. While their friends who have done their schooling in the Capital are well-versed on various social and leadership workshops, those from outside the Valley have to take baby steps, says Kritika Dahal, who finished her schooling from Diktel English Secondary School, Khotang, and currently studies in National Law College.

“The transition from Diktel to Kathmandu has changed my perspective, even on what career I want to pursue,” Dahal says. She describes her perception while living in her hometown as being inside a bubble. “When I was in Diktel, most of the students and teachers were concerned with getting a job through the Public Service Commission,” she says. “It is not a bad thing but it felt as though there weren’t any other options or choices beyond that.”

According to her, after coming to Kathmandu and being exposed to different youth seminars on leadership, art and social issues, and book clubs, she felt that she is now more aware of the broader national and international issues and has become more confident of her opinions.

“Now, I want to pursue law because I was able to explore my interests and meet people who shared the same interests as mine,” she says.

Even for Gurung, meeting like-minded people has been the best part of the journey. It has helped him reiterate his interest and passion, a confirmation that his ambitions aren’t too far fetched. “When I met people who think and have the same interests as me in speaking clubs and groups, it changed my mindset of how I perceive things around me,” he says. “Moving to Kathmandu was perhaps my best decision.”

Gurung’s and Dahal’s experience of acquiring wider exposure to social skills and issues after migrating to the Capital is not uncommon. Another student from Narayani English Public School in Chitwan, Ishan Tiwari, says schools in his district did not adapt to changing times. He was thus unable to explore beyond what was prescribed in his textbooks before coming to the Capital for further studies.

“Shifting our focus away from textbooks is still considered as being undisciplined in my hometown,” he says. “The academic culture strictly feeds on the idea that one needs to be book-smart rather than learn other important worldly issues.”

According to Tiwari, he had a hard time finding the books of his interest while he was in Chitwan. “There are a few libraries in my hometown and no book clubs at all. I wanted to read books on philosophy, psychology and astronomy, but I couldn’t find them,” he says. But Tiwari’s transition from Chitwan to Kathmandu hasn’t been smooth. Tiwari says he was initially intimidated while assimilating himself to the academic and social culture in the Valley.

“I used to get conscious of where I came from. The ones who had studied in Kathmandu all their life looked really expressive and confident and had a better grasp of the English language,” says Tiwari.

Educators agree that students from outside the Valley have limited opportunities when it comes to extracurricular learning. Govinda Neupane, vice-principal of Little Angels School in Parasi, says the schools have been gradually realising the importance of having independent clubs for students to express their interests. In his school, he says, he has established a number of such clubs, like debate club, ecology club, dance groups and language club, and the response from the students has been overwhelming.

“You only strive to achieve things when you know about their possibilities,” says Sharma. “We really want to guide our students for the competitive world they have to face right after they finish their school.”

Krishna Prasad Sharma, the principal of The Pioneer Secondary English Boarding School, Nawalparasi, also agrees with Neupane. He says that the education system outside the Valley lacks the inclusion of technology and life skill knowledge, but they are gradually improving on those fronts too.

Nineteen-year-old Shreemad Pradhan, who finished both his schooling and A-levels at GEMS School, Kathmandu, agrees that the Capital offers a myriad of opportunities in the form of debate and speech competitions, Model United Nations, leadership and motivational seminars. He, however, says from his experience that students outside the Valley seem to be better equipped with life-skills, owing to the efforts such students put in staying independently here, travelling alone, living away from family and working to adapt to a new culture.

“It seems reasonable that some students get intimidated and anxious while assimilating to a new culture in a new city, but people shouldn’t have a stereotypical view of academic culture and students from the Valley,” he says. 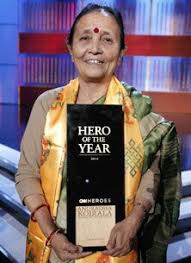 Higher Education in Nepal: Issues a...